Can you  use the word   refudiate   at least once a day…….or even once period?     The Merriam-Webster Dictionary has declared refudiate  THE word of the summer.   Really!  Why?

“REFUDIATE” is   a combination of two legitimate words; “refute” and “repudiate“.   This little word has been used by Sarah Palin.   When questioned about her use of this non-word, Sarah Palin responded with  ” English is a living language and proceeded to compare herself to Shakespeare. ”    Had I been standing next to her,  hahahaha! ,  I would have definitely took a wide step to the side.  This is very similar to George W. Bush’s use of the word “misunderestimate” several years prior.   There are a number of websites selling   REFUDIATE  mugs, T-Shirts and whatever.  God bless the American Spirit!    We can make a buck on anything.

Mis-pronouncing a word is one thing, using it and again and again is just silly.  So is claiming to be on the same level as Shakespeare.  And now, here we are making a mispronounced word the IT word.  i understand the Merriam Webster wishes to be hip, but really?   Are we that shallow?   Oh, wait!  Yeah we are.

In writing this post, my spell check kept yelling at me and the poor thesaurus nearly burned up my lap top.  I have had to apologize profusely and give it day of rest.

I say nonsense to this hoopla and please just make it go away!   God Help Us All! 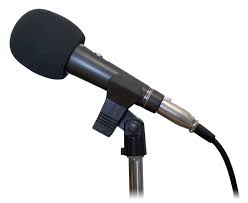 **Note to others:  Beware of word pronunciation when speaking into a microphone  : 0 )

Minding other people’s language. A lot.

Small time life with one husband, four kids and a dog that eats anything...

Angst, art, and animals from the fringe in Arizona

Life in the Boomer Lane

Random thoughts on my journey through my second childhood

The Art and Craft of Blogging

Where the air is thin the throughts are few

thoughts on imagery and inspiration

The latest news on WordPress.com and the WordPress community.

Explore the world of volunteering and service